When the S.S. Sonoma steamed into Sydney Harbour on the 2nd of January, 1930, three Irish Missionary Franciscan Sisters were among the passengers who had left their ministry in schools in the United States to travel to Australia.

They travelled from Sydney to Brisbane accompanied by Franciscan priest Fr Fidelis Griffin ofm who had searched near and far for sisters to open a school in the north-western Brisbane suburb of Kedron. 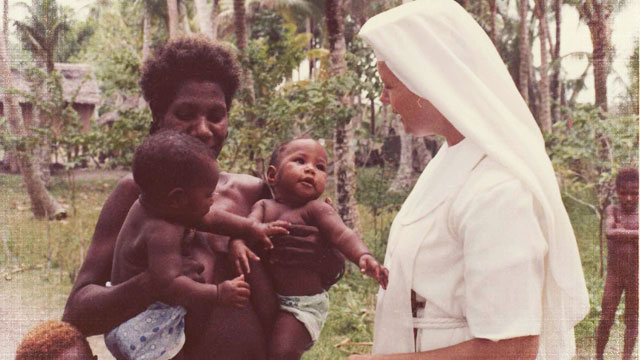 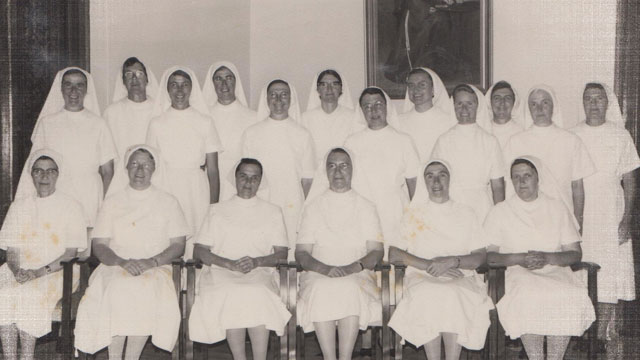 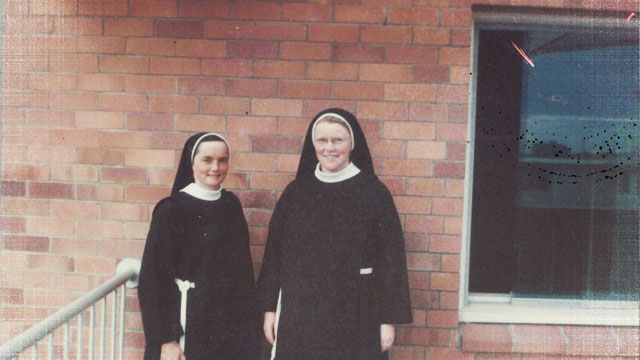 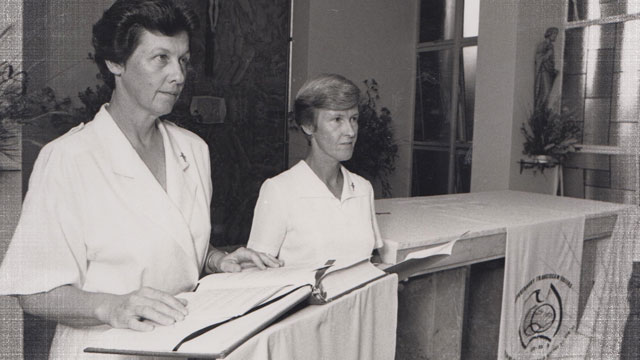 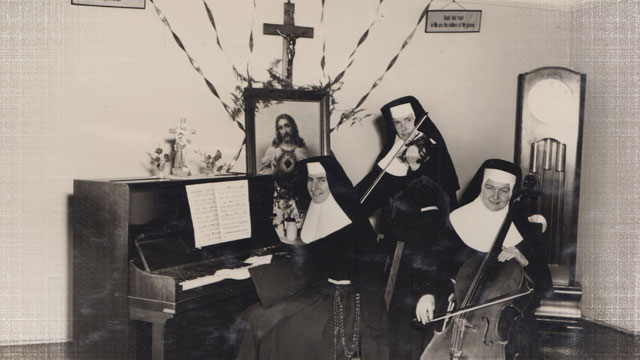 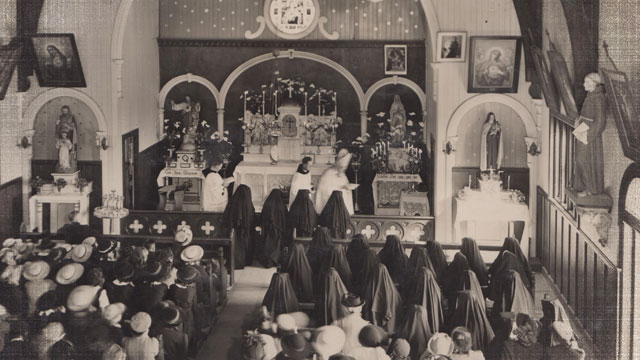 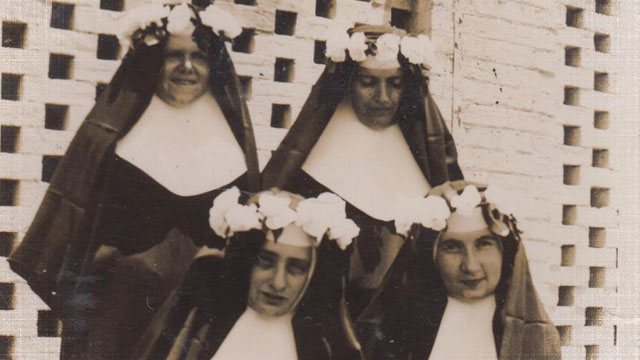 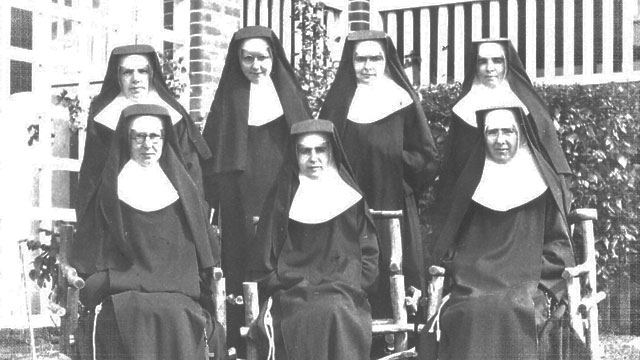 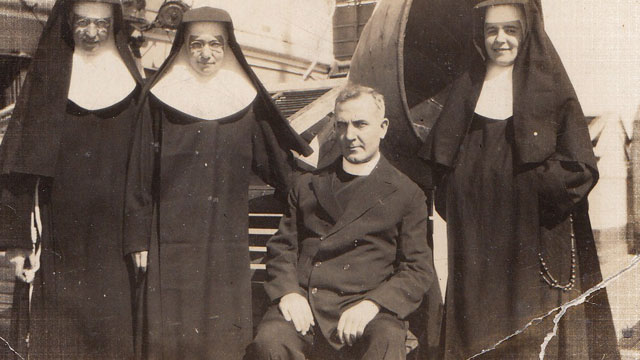 When the first Sisters arrived Australia was in the grip of the great depression with a quarter of the population unemployed. Kedron, a developing rural suburb on the outskirts of Brisbane, was home to numerous tanneries, piggeries, sawmills, and slaughter yards. It was rapidly developing and many dozens of house plots were for sale in the neighbourhood. The tramway from the city was extended from the Kedron Park Hotel to the Lutwyche cemetery in 1925 to meet the needs of a population which had doubled in the preceding decade.

The need for a Catholic school for the area was urgent and the Sisters were able to open St Anthony’s School within weeks of arrival. The families of the children were welcoming and generous. Since it was a time of significant hardship the Sisters found it necessary to supplement the meagre school fee contributions with income from private music lessons and produce from their gardens. In 1935 the Sisters, who had been living in a house previously occupied by the Franciscan Friars, were able to purchase the beautiful Delamore homestead. This was to become the “motherhouse” of the Institute in Australia, serving as Provincial headquarters and Novitiate for many decades.

The following decade saw the arrival of many more Sisters, all Irish, from the United States, Ireland and Egypt. The first Australian woman to enter the Institute was Dawn Gallagher (Sr M. Jose), daughter of a well-known, Kedron tannery owner. Dawn was the first Australian in our novitiate in Rome and she served for a time in Egypt prior to returning to Australia. Her sister Crea was among the many Australian women who later joined the Institute.

Education was the initial focus of the Sisters who staffed many schools for the Brisbane Archdiocese: Kedron, Bardon, Coorparoo (Cavendish Road), Coolangatta, Burleigh Heads and Kingston, Later they expanded to Silkwood, and later to Woree (Cairns) and Rockonia (Rockhampton). In the 1970’s the Sisters reached out to Indigenous communities in Dajarra in Queensland, Tennant Creek in the Northern Territory, Fitzroy Crossing in Western Australia, and more recently Woorabinda in central Queensland. Some Sisters have been involved in international leadership in Rome. Others have ministered in overseas countries. Over their 80 years of pastoral and educational service in Australia the Sisters also worked in parishes, education offices, seminaries, and in a variety of Diocesan roles.

Many Sisters have left Australia to serve in overseas mission contexts including Bolivia, Tchad, China, Egypt and Thailand. However, Papua New Guinea was the major missionary outreach of the Australian Sisters for over fifty years. In 1949, at the invitation of the Franciscan Friars, four sisters were missioned to a small coastal village near Aitape in the West Sepik District. Many others followed to work in small, bush-material primary schools in Sissano, Aitape, Lumi, Fatima, and they later collaborated with the Friars in the establishment of St Ignatius High School in Aitape.

The Sisters taught at St Ignatius and operated St Clare’s, a boarding facility for the female students. Some Sisters taught at Lumi High School in the Torricelli mountains and worked at Kaindi Teacher’s College in Wewak. A number of the Sisters were nurses who developed bush clinics and visited villages across the district. Over time the sisters branched out into other aspects of pastoral work and education. From the early 1980’s a formation program in Aitape has prepared Melanesian women to embrace the charism of our Institute, and to serve in local and international contexts.