Following the call of the 2001 General Chapter to radically restructure to prepare for the future, the Institute embraced a more contemporary and more feminine way of naming what had been our provinces.  While the symbol of the circle was not new, the formation of Circles of Communion across the Institute certainly was new. The concept of “communio” or “communion” not only resonates with the deeply Franciscan idea of “fraternity,” but it also captures the understanding of Christian community that has been evolving since the early Church.

Through a process of Institute wide consultation and dialogue, the Communion of Circles Model was accepted as the model for Institute restructuring which best encapsulated the expressed desires of the sisters for greater flexibility, simpler structures, increased participation and deeper communion with other entities within the Institute.  The guiding principles of this model are more simple organization at the local level, the development of a leadership of proximity and the promotion of unity in diversity.  In discernment and decision-making, it will be creative fidelity to the values expressed in our common Institute Mission Statement, rather than conformity to external norms, which will unite us and enliven us with the energy and power of the Spirit.

From this very rich restructure flowed a new way of reimagining our mission as Franciscan women called to be present to all people, particularly those who are disadvantaged or marginalised.  From our own circles of communion we are called to embrace others, to create ever widening circles of communion. 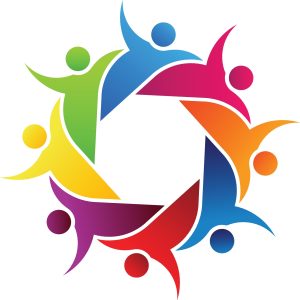